July 20, 2015 by plctraining in mechanical projects, Uncategorized | Leave a comment 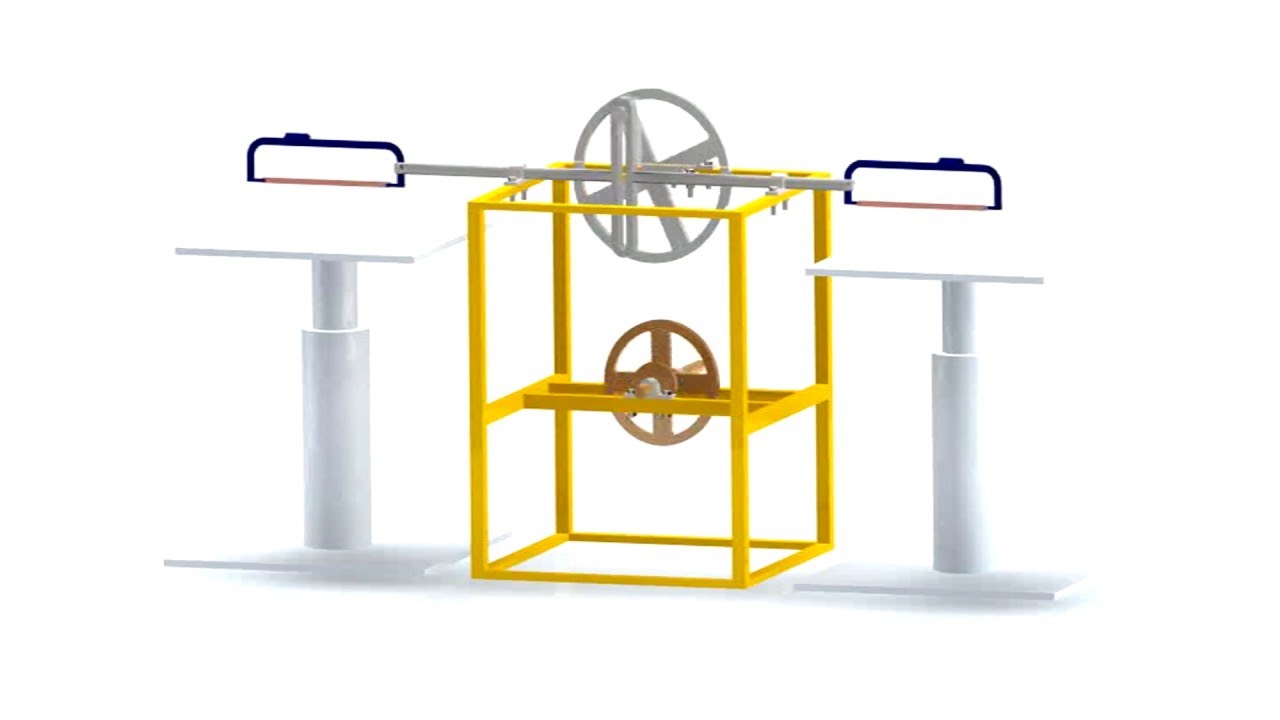 Brakes are employed to stop or retard the motion of any moving body. Thus, in automobiles the brakes are having the most important function to perform. In conventional braking system the motion is retarded or stopped by absorbing kinetic energy by friction, by making the contact of the moving body with frictional rubber pad (called brake liner) which causes the absorption of kinetic energy, and this is wasted in form of heat in surroundings. Each time we brake, the momentum of vehicle is absorbed that it has gained by it and to re-accelerate the vehicle we have to start from the scratch to redevelop that momentum by using themore power from an engine .Thus, it will ultimately result in huge waste of energy.As the basic law of Physics says ‘energy can neither be created nor be destroyed it can only be converted from one form to another’. It will be good if we could store this energy somehow which is otherwise getting wasted out and reuse it next time we started to accelerate. That’s the basic concept of regenerative (“regent”)brakes, which provide braking for the system when needed by converting the available energy to some usable form. These are widely used in electric trains and the latest electric cars. Regenerative brake is an energy recovery mechanism which slows a vehicle by converting its kinetic energy into another form, which can be either used immediately or stored until needed. Thus, the generated electricity during the braking is fed back into the supply system (in case of electric trains), whereas in battery electric and hybrid electric vehicles, the energy is stored in a battery

Regenerative Braking System bank of capacitors for later use. Energy may also be stored by compressing air or in a rotating flywheel. An Energy Regeneration Brake was developed in 1967 for the AMC Amitron. This was a completely battery powered urban concept car whose batteries were recharged by regenerative braking, thus increasing the range of the automobile. Many modern hybrid and electric vehicles use this technique to extend the range of the battery pack. Examples include the Toyota Prius, Honda Insight, the Vectrixelectric maxi-scooter, and the Chevrolet Volt.

The regenerative braking system delivers a number of significant advantages over a car that only has friction brakes. In low-speed, stop- and-go traffic where little deceleration is required; the regenerative braking system can provide the majority of the total braking force. This vastly improves fuel economy with a vehicle, and further enhances the attractiveness of vehicles using regenerative braking for city driving. At higher speeds, too, regenerative braking has been shown to contribute to improved fuel economy – by as much as 20%.Consider a heavy loaded truck having very few stops on the road. It is operated-near maximum engine efficiency. The 80% of the energy produced is utilized to overcome the rolling and aerodynamic road forces. The energy wasted in applying brake is about 2%. Also its brake specific fuel consumption is 5%.Now consider a vehicle, which is operated in the main city where traffic is a major problem here one has to apply brake frequently. For such vehicles the wastage of energy by application of brake is about 60% to 65%.

Concept of this regenerative brake is better understood from bicycle fitted with Dynamo. If our bicycle has a dynamo (a small electricity generator) on it for powering the lights, we’ll know it’s harder to peddle when the dynamo is engaged than when it’s switched off. That’s because some of our peddling energy is being”stolen” by the dynamo and turned into electrical energy in the lights. If we’re going along at speed and we suddenly stop peddling and turn on the dynamo, it’ll bring us to a stop more quickly than we would normally, for the same reason: it’s stealing our kinetic energy. Now imagine a bicycle with a dynamo that’s 100 times bigger and more powerful. In theory, it could bring our bike to a halt relatively quickly by converting our kinetic energy into electricity which we could store in battery and use again later. And that’s the basic idea behind regenerative brakes. Electric trains, cars, and other electric vehicles are powered by electric motors connected to batteries. When we’re driving along, energy flows from the batteries to the motors, turning the wheels and providing us with the kinetic energy we need to move. When we stop and hit the brakes, the whole process goes into reverse

The main components of this system

An electric drive train also allows for regenerative breaking which increases Efficiency and reduces wear on the vehicle brakes. In regenerative raking, when the motor is not receiving power from the battery pack, it resists the turning of the wheels, capturing some of the energy of motion as if it were a generator and returning that energy to the battery pack. In mechanical brakes; lessening wear and extending brake life is not possible. This reduces the use of use the brake.

The fuel consumption of the conventional vehicles and regenerative braking system vehicles was evaluated over a course of various fixed urban driving schedules. The results are compared as shown in figure. Representing the significant cost saying to its owner, it has been proved the regenerative braking is very fuel-efficient.

4. Braking is not total loss:

Conventional brakes apply friction to convert a vehicle’s kinetic energy into heat. In energy terms, therefore, braking is a total loss: once heat is generated, it is very difficult to reuse. The regenerative braking system, however, slows a vehicle down in a different way

Regenerative Braking System comes into its own when you’re driving in the city, and spending a good deal of your time braking. You will still use more fuel in the city for each mile you drive than on the highway, though. (Thermodynamics tells us that all inefficiency comes from heat generation. For instance, when you brake, brake pedals heat up and quantity of heat, or energy, is lost to the outside world. Friction in the engine produces heat in the same way. Heat energy, also, has higher entropy than, say, electric, meaning that it is less ordered.

PLC interface with HMI and control

FOR SYSNOPSIS AND PROJECT REPORT SEND REQUEST ON

operation of  project:   operations of project is drilling, sawing, shaping, grinding and cutting. Various machining process in manufacturing industries are carried out by separate machining devices. It needs more space and time that involves high expenses. The operations are categorized as drilling, cutting, shaping, grinding and circular sawing. It is a new concept specially meant to reduce the work time and save the cost. Instead of using a shaping machine, a special arrangement for shaping operation which is involved in the drilling machine, is also used for the cutting operation. This is done to save the added investment cost that occurs during drilling and shaping the device in the industries. The machine operates the drilling machine with the bevel gear arrangements. Hence we can carry out exactly the above mentioned five operations on the machine. Driller, bevel gear, drill bit, chuck, bearings, slotting tool, shaping tool and grinding wheel are the significant parts of the machine